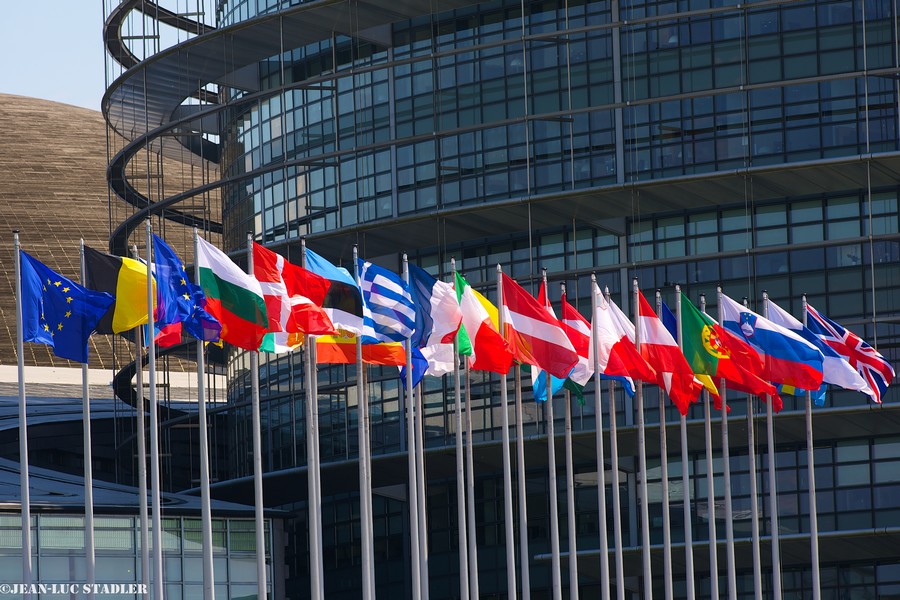 Presentation of the region

From Strasbourg in the East to Nogent-sur-Seine in the West, the Région Grand Est covers 57,441 km². It has 10 departments : Ardennes, Aube, Collectivité européenne d’Alsace (Haut-Rhin et Bas Rhin), Haute-Marne, Marne, Meurthe-et-Moselle, Meuse, Moselle and Vosges. 5,559,051 inhabitants or 8.4% of the French population. Profoundly European, the Région Grand Est is the only region in France to be bordered by 4 countries: Germany, Belgium, Luxembourg and Switzerland.

The largest French region in terms of the number of municipalities, the Région Grand Est is characterised by its rural character with 5,121 municipalities, of which 91% have fewer than 2,000 inhabitants.

With almost 80% of its land dedicated to agriculture and forestry, the region ranks first in the national ranking for its agricultural and agrifood products (1st regional employer) and for the number of jobs in the wood industry.

Boasting remarkable natural areas, 6 Regional Nature Parks cover 15% of the region. With its 27 Regional Nature Reserves (RNR), the Région Grand Est has natural treasures that have become real places of environmental education. Places to preserve and explore to learn and transmit.

The Région Grand Est has 5 urban areas with more than 250,000 inhabitants : Metz, Mulhouse, Nancy, Reims and Strasbourg. It is the 2nd largest industrial region in France. 30% of the population is aged under 25 years.

A large region in the heart of Europe

With more than 5.5 million inhabitants in a vast area of 57,441 km² and a strategic position in the heart of Europe, the Région Grand Est came into being on 1 January 2016 from the merger between Alsace, Champagne-Ardenne and Lorraine, and has a remarkable potential for development and attractiveness.

Easily accessible from the major European hubs as well as on a wider international scale, it is an open region firmly anchored in national, European and global trade dynamics.
Its economic fabric, with its particularly competitive production sectors – agrifood industries, industrial and agricultural machinery, automotive industry, chemical and pharmaceutical products, metallurgical and mechanical products – make it the 2nd largest exporting region after Île-de-France and the first in volume per capita. The share of its trade with the European Union and Switzerland is thus much higher than for all twelve other French regions.
The only region in France to have a common border with 4 countries (Belgium, Luxembourg, Germany and Switzerland), the Région Grand Est maintains daily cooperation and synergy with foreign neighbouring regions in the most diverse fields: economy, employment, training, culture, tourism and the environment, etc.
Its positioning makes it the region most concerned by the border phenomenon with more than 165,446 frontier workers.

A young, innovative and enterprising region

Characterised by the youth of its population (30% under 25 years), the Région Grand Est has a diversified offer of general and professional education, well distributed throughout its region and in close connection with the needs of its sectors and businesses.

Ranked 5th among French regions in terms of student enrolments, the region has a diversified and high quality training offer with a wide range of disciplines and a plurality of institutions (5 universities, business schools, engineering schools, artistic and cultural schools, French Grandes Ecoles, etc.).
In terms of research, development and innovation, crucial for the competitiveness of activities and jobs, the region develops specific areas of excellence : chemistry and biology of world renown in its Alsace area, geosciences, digital technology and health in Lorraine and agroresources, renewable energies and metallurgy in the Champagne-Ardenne area, for example.

Complementarities and synergies between these different areas and, more generally, between training establishments, competitiveness clusters (the region has 6), research centres, industrial sectors and companies, will naturally become established within the framework of the new region, enabling it to strengthen its economic potential, its capacity to create jobs and its attractiveness to domestic and foreign investors.

A vector of dynamism and a generator of jobs, the associative fabric is also very present in this large region.

With more than 90,000 associations, the Région Grand Est is undeniably a region that evolves and enhances its visibility both inside and outside its borders.

Economic sectors and expertise of excellence

The Région Grand Est stands out from other French regions by major economic specificities. The important place traditionally occupied by industry is both a priority challenge, with necessary adaptations to economic and technological changes, and a major asset.
Its major sectors in different fields – chemistry-materials, wood-forestry, machinery-equipment, metallurgy, health technologies, energy, agro-food industry and agro-resources, automotive – are driving the development of tomorrow.
With almost 80% of its land dedicated to agriculture and forestry, the region ranks first in the national ranking for its agricultural and agrifood products (1st regional employer) and for the number of jobs in the wood industry. It also stands out in the field of energy production: biomass-wood, hydropower, biofuels and wind – all sectors very present in its various areas.
Finally, luxury goods are a particularly dynamic economic sector, which gives it an image and reputation on an international scale (crystal, champagne, wood and leather crafts). In the Grand Est, we now have 99% of the glass factories in France, placing our Region at the head of this sector !

A rich and diversified natural, environmental, cultural and tourism heritage

The region is rich in the diversity of its natural environments and its ecosystems, both contrasted and typical. It is a mosaic of landscapes, with alternating plains and plateaus, lakes and forests, mountains and vineyards. This fragile heritage is the subject of protection, prevention and recovery measures. As seen with the 6 Regional Nature Parks and 27 Regional Nature Reserves established in the region.
The attractiveness of the region is due to the strong identity of its lands and local areas, its historical, architectural and gastronomic heritage and its cultural and sporting vitality. An original melting pot of tradition and modernity, the Région Grand Est is a fertile ground for the creation and expression of all artistic forms (literature, theatre, music, circus arts, cinema and audiovisual, etc.). It is a region with many resources for the visitor or tourist, but also and especially for its inhabitants.